​Blackwood Primary School  has a long history of trialing ways to reduce the size of its environmental footprint.

Over the past three years the amount of waste the school generates has been reduced by 67% through awareness campaigns, educational programs and changing habits including: 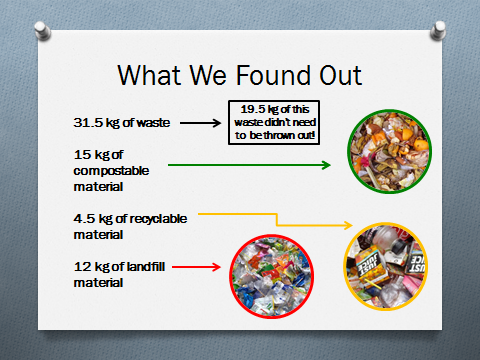 Outcomes of the education program – 2017
Concerns from staff and students
Nude Food became an initiative after an educational  campaign by DECD, visiting several schools and staff/student discussions 2018

Term 3 2018
Term 4 2018
We continue to encourage students and their families to support
the work of our school in managing waste more efficiently
​and reducing our environmental footprint.
​
Blackwood PS 2015 bin material audit (pdf, 1055KB)
​

This page was last updated on 31 August 2018. Content enquiries to Webmaster.